A series of tours looking at how the statement buildings of the 1920s and 1930s altered London's streets. A significant building boom at that time blew away the cobwebs and fussy designs of the Victorian and Edwardian eras with an aim to motivate the masses after a truly horrid WWI. Once the worst was over, businesses and architects were keen to prove that the future was bright. A motivational style evolved that we have come to recognise today using the collective term 'Art Deco'. But what is Art Deco?

Today we marvel at these modernist survivors, whether temple-inspired, streamlined moderne or solid, no-fuss factory façades but, at the time they were built, not everyone would have been so impressed – they were the Shards and Cheesegraters of their day.  I also try to show how the clean lines and design devices of the ArtDeco/modernist era have continued to inspire architects ever since.

For overviews of all my other tours, on a variety of themes, please click here.

Egyptian temples, utilitarian offices, faience tiles, Vitrolite and veneers, as well as Tudor and Georgian influences that were put to good use at that time.

We'll visit places of entertainment, commerce, education, travel and sport as well as residential properties. You'll see a cross-section from the era including impressive statement pieces of the 1930s and an unfinished scheme. And we'll talk about typography and design, and how the design ethos of this era has endured through subsequent decades.

An alternative Bloomsbury Art Deco walk looking at some overlooked or unnoticed not-so-hidden gems. We'll begin with a couple of the well-known 1930s constructions in the vicinity, including one building which is often referred to as one of the best examples of its style. We'll travel eastwards to admire other often overlooked or unnoticed gems hiding in plain sight in the lesser-used backstreets – residential and office developments, hospital buildings, education hubs, manufactories and bars. You'll see some wonderful examples of Streamline Moderne, Jazz Age metalwork, carved reliefs and curtain walls. Find out about the innovative industries and institutions behind the façades and hear how people lived, worked and socialised in the 1930s.
There's a chance at the end of the walk to join me for a drink and a chat inside a pub of the era which still retains most of its original features.

As per my Bloomsbury East tour, we start with a couple of well-known buildings near Russell Square and then go 'off-piste' to admire some unsung, overlooked and often unnoticed gems – hard to believe, considering their impressive size and the quality of workmanship.

Along the route you'll see various examples of the era – on shops and businesses along the High Street and on factories, offices and residential properties in the back streets. We'll visit buildings that have been repurposed or revamped and you'll hear about, and see reference of, others that made it through WWII but bit the dust in subsequent waves of progressive change during the second half of the twentieth century. Please don't worry about the Camden market crowds – the route is designed so that there is only one instance when we'll have to cut through them!

City Of London – Art and Finance, Shipping and Insurance
Algdate to Monument via Cornhill

Let me take you on a tour through The Square Mile's narrow backstreets and along its main thoroughfares to show you that squidged in amongst today's glass and high-rise edifices there are some marvellous 1920s and 1930s architectural gems hiding in plain view.
We'll look at a variety of imposing styles that show how the world of finance and insurance used the clean lines of this era to best advantage via Jazz Age metalwork, carved wood and stone reliefs, ziggurat and zig-zag embellishments, and beautifully-tiled façades.
Discover who built these impressive structures and what went on inside. Hear about shopping and shipping, money and markets, tea and coffee, fine art and fire... even horse-racing!

See a variety of Jazz Age embellishments, marvellous Modernism and 'Art Deco' artistry on places of commerce, entertainment, employment, trade and learning, including six marvellous theatres, a couple of hotels, an art school and even a fruit and vegetable merchant. We'll visit some unsung Deco-era constructions that are [shamefully] rarely included in those "Best Of" listings and we'll peek inside some impressive interiors.
Hear about the buildings and the people who comissioned them. Find out about the architects and artists, products and productions, reviews and revues.

Egyptian London – Walk Like An Egyptian
Two tours in Central London that include some Art Deco buildings
Originally inspired by 'Tutankhamun, Treasures of the Golden Pharaoh' exhibition at The Saatchi Gallery in 2019-20.

There was lots to see at the exhibition, but are you aware of the many Egyptian-related buildings and motifs that overlook the streets of central London?
The pharaohs and their followers believed that the body dies twice; once when the mortal body ceases to function, and then again after the last person speaks your name for the final time. But, I wonder if they foresaw how their designs would also transcend time? Architects and artists have for centuries been plundering Egypt, cherry-picking from the wonderful mix of beauty, geometry, iconography and craftsmanship. Evidence of this can be seen on the streets above and around us, and in various art forms.

These are usually scheduled on the same day with an hour between them:

Mummies, Movies and Music
Oxford Circus to Bloomsbury via Soho
More of the above but with a bias towards artistes, artisans, antiques and the afterlife. You'll see temples, obelisks and pharaohs – and we might even dance like Egyptians(!).

This haunt of writers, creatives and garment manufacturers offers a patchwork of architectural styles. Squished between the Georgian houses and the C21st glass there are some really interesting buildings erercted in the 1920s and '30s, showing us a cross-section of the architectural styles implemented in that era. Of particular interest on this tour is the use of pattern within render and brickwork – I have some theories as to who might have been involved.

The district north-east of Oxford Circus around Great Titchfield Street was, until the 21st century, the home of the clothing and soft furnishings industry, and this makes sense, considering its proximity to the main shopping streets. We'll look at manufactories, distribution hubs and head offices for many of the brands being sold in the big department stores nearby. You've probably walked these streets many times and never seen the delights above street level all hiding in plain view. We'll also look at buildings constructed for education and entertainment. This walk ends at RIBA, itself an impressive showcase of 1930s architecture.

Temple-esque architecture of all kinds – art, advertising, technology, transport, theatre, fashion, finance and furniture. Marvel at statement façades including a recent renovation that I am sure will be cause for conversation.

The Holloway area of Islington, a short distance from the City and the West End, has for over 150 years been the go-to shopping area for North London. In the 1930s many well-established businesses were keen to keep up with the design zeitgeist and rebuilt their shop fronts, if not the whole building, in the then new forward-thinking modern style of the time. There are some excellent examples of modernism and deco style in the Nag's Head area, all hiding in plain view – we'll look at places of entertainment, commerce and health, as well as some residential properties. One building, in particular, designed by one of the best architects of the time, is sure to impress – I can never understand why it's not on those 'Art Deco Best of London' lists.

See how the area just south of Euston Road has evolved to include some Art Deco and Modernist delights that are hidden in the gaps between the very old and the very new.
We'll meander through back streets and green squares to see evidence of inter-war technology and connections of various kinds. Plus impressive residential developments, sports halls, places of learning and social hubs. At the end of the walk we'll look inside a 1930s pub that has some lovely original features including some evocative marquetry – perfect for an after-walk cocktail or a half of shandy.

The title refers to slacks as in trousers, flicks as in cinema and slots as in machines you put coins in. This short route through the three yellow squares on the London version of the Monopoly board, also from the same era, packs in so much.We start within Piccadilly tube station, one of London Underground's best designed booking halls, and then we go up to pavement level to look at some impressive 1930s buildings – shops, telecommunications, offices and, of course, various places of entertainment. Hear the stories behind the façades, learn about the people and businesses associated with them. We will also look inside some original interiors.

This route showcases a cross-section of styles of the era – solid statement architecture, simple geometry, curtain walls, Egyptian inspiration and 'Streamline Moderne' which echoes the fabulous ocean-going liners. We'll look at places of literature, commerce, manufacture, health, and housing. You'll hear about the people and/or companies related to the façades and see how the style has endured and continues to inspire today's architects.

From leather and diamonds, pottery and pearls via heists and firearms to mire, meat, murder. Join me for a walk through various market areas in the Holborn and Charterhouse districts to at look at a selection of mid-20th century modernist architecture.
This constantly-evolving district shows us a marvellous cross-section of architecture through the centuries. Obviously, we'll be concentrating on 1920s façades, 1930s offices, 1950s factories, functional constructions, fancy concoctions and film location. Learn about Miami Deco, streamline moderne, luxury lino, gold stores, cold stores and... find out whodunnit!

There are some really impressive examples of Art Deco architecture along this route. I guarantee you'll find at least one building with the 'wow' factor and wonder how you managed to walk past it for so long without really noticing it.
Both long-established and newly-created businesses were keen to show they were part of the zeitgeist. You'll see the clean lines of the 1930s applied in various ways to places of commerce, art, health, housing and entertainment, including one of the largest purpose-built office buildings of that era. Find out who built these impressive structures and what when on behind the façades.

Soho's charm is due to it being a village contained within four major roads. It might seem busy today but in the interwar years of the '20s and '30s it was even more congested. By day it was a hive of activity with shops, cafés, markets, schools, artisans and craftsmen, then, as the sun went down, the streets buzzed with nightlife as people, dressed in their finest clothes, made for the best or cocktail bars, restaurants, casinos and theatres.
During this "Jazz Age" era a lot of impressive buildings were constructed in the new motivational style implementing clean geometric lines, pared-down motifs and shiny tiles, often in contrast to their crazy patterned interiors – Soho has some fine examples. See evidence of this area's vibrant movie-making history, film stars and flappers, fabulous fabrics, colourful cabaret venues and even a classy carpark. We will also visit a restored and revamped 1930s interior. I am sure you will find a new "Art Deco" favourite along the way.

I have lived in Islington, North London, since 1988. I am intrigued by its vibrant and layered history and, as an avid local historian,... 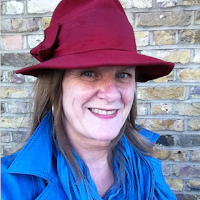 To keep up to date with new walks and relevant info, please subscribe for updates 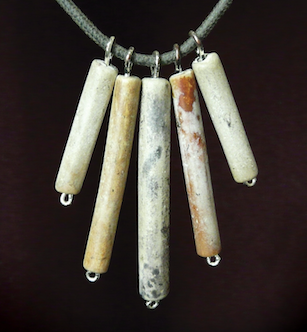